Planet in shock: An Entire Plane Watches a Man Walking on Clouds: Illusion, smoke, cloud, or alien? Those who have witnessed this phenomenon can not yet come to a conclusion.

An Entire Plane Watches a Man Walking on Clouds

Our world is full of mysteries. However, although we have science-based on evidence and facts, we are still unable to explain some of the many phenomena.

The photo published by the passenger of the plane, Nick O’Donoghue, left them in shock. 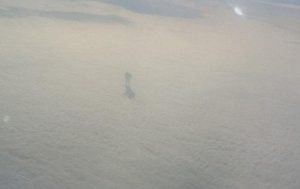 Judging by this man, who was on a plane flying from Australia to Ireland, passengers saw a strange phenomenon in the clouds.

Elon Musk: Soon we will build a human colony on Mars!

Naturally, they were amazed to see a figure resembling a man walking on the clouds at an altitude of almost 10,000 feet [10,000 m]. 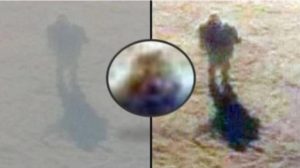 Although the phenomenon was quite far from the plane. Nick says that, together with the passengers, he could observe the strange figure for about two minutes.

– I stared at the view and was amazed by what I saw, and as the plane got closer and closer, a bizarre cloud appeared that looked like a human cloud walking on the cloud. “I really have no idea what it could be, maybe just an unusual cloud formation,” Nick said.